Service: A memorial service will be held at 2:00 p.m. Saturday, February 9th at Anderson Funeral Home in Canton. 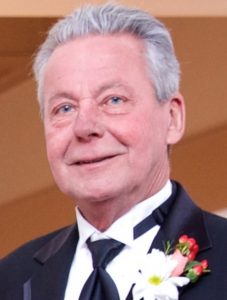 DuWayne was born on September 9, 1955 in Sioux Falls, SD and grew up on a farm near Canton.  He attended grade school at York Country School and graduated from Canton High School in 1974.

For several years, he worked for the City of Canton in the Street department until he became an over the road truck driver.  He liked traveling on the open road and drove truck for many years until problems with his eyesight caused him to take a job within the plant at Bidwell.

DuWayne was married in 1976 and had two daughters of this union.  He enjoyed many outdoor activities including camping, hunting, fishing, and golf, which he taught his daughters to appreciate as well.  He spent many weekends fishing and relaxing at his camping spot at Platte river.  When he wasn’t at the river, he could be found socializing with his friends uptown, watching the Vikings game as an avid fan, or enjoying a cup of coffee with his buddy Roger Crawford over the weekend.  In his younger days, he was a member of the Canton Jaycees and played on their softball team.

A memorial service will be held at 2:00 p.m. Saturday, February 9th at Anderson Funeral Home in Canton.  Family will greet visitors one hour prior to the service.