Visitation: Family will greet visitors one hour prior to the service at the church. 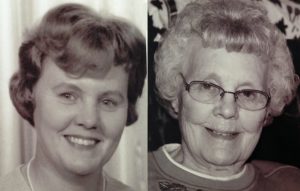 Dolores A. Larson, age 93, died Tuesday, January 21, 2020 at Alcester Care and Rehab.  Funeral services will begin at 11:00 a.m. Saturday, January 25 at Canton Lutheran Church.  Family will greet visitors at the visitation one hour prior to the service.

Dolores was a strong and determined woman but had a soft heart and a “get it done” attitude.   She was a great listener and was the caregiver to many in her family. She enjoyed being around people, was an active member of the Sons of Norway, and was a life-long member of Canton Lutheran Church where she participated in WELCA (Women of the Evangelical Lutheran Church in America), Ruth Circle, and Care and Share Quilting.  She also enjoyed sewing, quilting, reading and in her younger years, bowling and 4-H.  She loved spending time with her family, especially attending her children’s and grandchildren’s sporting and school events.