Service: A memorial service will be held at Ramsey Baptist Church, Montrose, SD on Saturday, October 15th at 2:00 P.M. 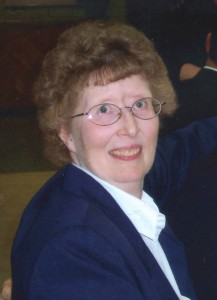 Born August 4, 1950, to Delbert and Lily (Olson) Gause in Sioux Falls, SD, Dianne attended schools in Orland and Salem where she graduated from High School in 1968.  She received her Bachelor degree in Education from Dakota State in Madison, SD in 1972.  Her one and only teaching position was in Parker, SD, where she taught for 32 years in Special Education.  After retiring, she moved to the Trail Ridge Community in Sioux Falls where she lived with her mother and later in the assisted living.  She lived a short while in care centers in Salem, SD and Roseau, MN.  In October 2010 Dianne and her mother moved to the Good Samaritan Center in Canton, SD, where Dianne passed away on October 8, 2011, after many years of struggle with Multiple Systems Atrophy.

Having been raised in a Christian home, Dianne had a strong faith in her Lord.  She found great joy in participating in the lives of her family and especially her nieces and nephew.  The joy of giving exemplified her life, even to the point of donating her body to SD School of Medicine for medical research.

Dianne was preceded in death by her parents and an infant brother.  She is survived by her brother, Gerald (Sylvia) Gause, Montrose, SD, and sister Wanda (Jack) Bailey, Shakopee, MN, her nieces and nephew, Rachel, Michelle & Matthew Bailey, Aunt Millie Pearson and Uncle Wallace (Mary) Olson and many caring cousins.  Special friends, Paul and Ann Morehouse.

A memorial service will be held at Ramsey Baptist Church, Montrose, SD on Saturday, October 15th at 2:00 P.M.