Visitation: Visitation, with family present, will be Friday from 6-8 p.m. at Anderson Funeral Home in Canton, SD. 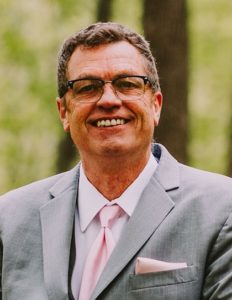 David Ross, 57, of Canton, SD died unexpectedly on Saturday, November 13th. Memorial services will begin at 11:00 a.m. Saturday, November 20 at LifeScape (4100 S. Western Ave. Sioux Falls, SD).  Visitation, with family present, will be Friday from 6-8 p.m. at Anderson Funeral Home in Canton, SD.  In lieu of flowers, memorial may be directed to LifeScape.

David was an amazing father, husband, son, brother, and “Papa.” He was kind and loving, and enjoyed nothing more than spending time with his family, especially his grandchildren. He was always willing to step in with a helping hand to anyone who needed it without hesitation. He was known for his ability to make everyone around him feel incredibly loved, unconditionally.

David was born October 4th, 1964 to Clyde and Leona Ross of Artesian, SD. He attended school in Artesian where he played football and basketball. David enlisted in the Army National Guard in 1982 and completed basic training that summer at Fort Leonard Wood, MO. He graduated from Artesian High School in 1983 before returning to finish his training. In November of 1987, he entered Active Duty Air Force.

David married his first wife Melissa Bendt in Spearfish, SD in October 1987. Shortly after, they were stationed in Turkey where their first child, Troy, was born in June of 1988. In 1990, they were stationed at Fort McCord, Washington where their daughter Beth was born. That year, David was also deployed to Saudi Arabia where he served in Desert Shield/Desert Storm.

In 1994, David left the Air Force and transferred to the Army National Guard in South Dakota to be closer to his children and family. He served in the National Guard until 2003.

His daughter Allie Mae was born in 2003 to David & Billie Jo Fischer. Raising Allie gave him a renewed purpose in life. One of his greatest joys was when Allie came to live with him full-time. They needed each other, and together they thrived.

In 2008, David began working at Lifescape, where his daughter Allie was a student. He was incredibly proud of his job and loved contributing to the care of the residents and students there.

In 2013, David married his soulmate Cindy Bakker. Through this, he gained three more children: Brooke, Dan, and Matt, as well as his favorite title yet, “Papa” to Carter, Roxann, and Adeline, and later Bennett, Sawyer, and Ezra. Together, David and Cindy were campground hosts at Dirk’s Resort Campground in Madison, SD where they gained their camping family. David loved nothing more than spending time with his family on the “Papatoon” on Lake Herman.

39 messages have been left