Visitation: Visitation will be Tuesday from 2-8pm, family present 6-8pm, at Anderson Funeral Home in Canton. 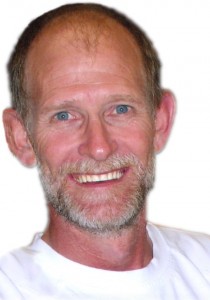 Dale M. Price, 53, went home to his heavenly Father on Sunday, Oct. 14 2012 after a courageous battle with cancer.  Funeral services will begin at 1 pm Wednesday, Oct.  17 at Canton Lutheran Church.  Visitation will be Tuesday from 2-8pm, family present 6-8pm, at Anderson Funeral Home in Canton.

Dale was born June 29, 1959 in Sioux Falls, SD to Raymond and Sadie (Solmonson) Price.  He went to school and graduated from Tri-Valley High School in 1977.  He attended Mitchell Vo-Tech for one year.  He worked in various construction jobs throughout life and was an avid woodworker, making beautiful pieces of furniture and crafts.  He was a hard working man, always ready to lend a helping hand to his family and friends.  He also loved to golf with his dad, brothers, and sons-in-law and was a Vikings fan.  Dale had a great sense of humor and enjoyed spending time with family, friends, and especially his grandkids.

He married the love of his life, Sharon Twedt, on May 26, 1984 in Canton, SD.  They shared 28 years together raising their family and cherished the additions of their sons-in-law and each grandchild.  Dale had a strong Christian faith and will be dearly missed.