Visitation: Visitation will be Friday, November 10 from 5-8 p.m. at Anderson Funeral Home with a 7:00 p.m. memorial service.

Service: A memorial service will begin at 7:00 p.m. Friday, Nov. 10 at Anderson Funeral Home in Canton. 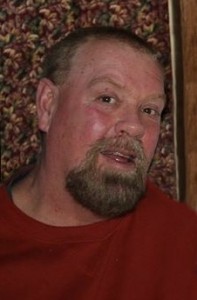 Craig was born on May 5, 1957 to Donald and Carol (Naatjes) Glenn in Canton, SD.  He grew up in Canton, graduating from Canton High School in 1976.  He married Sandi Larson on September 7, 1985. Eric and Brianna were born to this union.   He worked as a carpenter, most recently with MEN Construction in Sioux Falls, SD.  He loved talking about his kids and also enjoyed fishing, hunting, and golfing.

He is survived by his children, Eric of Harrisburg and Brianna of Sioux Falls; brothers, Doug (Jackie) and Terry (Connie); sister, Marcy (Wayne) Beer, all of Canton, SD along with many nieces, nephews, and friends.  He was preceded in death by his parents.