Visitation: Visitation will be Sunday from 1-5 pm, with family present from 2-4 pm, at Anderson Funeral Home in Canton. 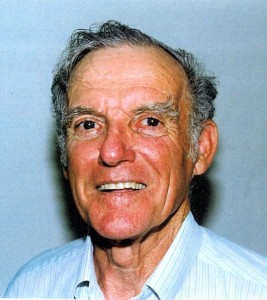 Corky was born December 22, 1924 on the home farm 6 miles southwest of Inwood, IA.  He was the 3rd of 9 children born to Dick and Gertrude (De Bruin) Havelaar.  He attended several schools while his family lived on various farms in IA and SD.  Corky enlisted in the Army in 1943.  He was a paratrooper during WWII serving in the Philippine and Tinian Islands.  After the war, he served in Okinawa as well as at the Atsugi Airbase north of Tokyo, Japan.   After being discharged, he returned to the Hudson, SD area to begin farming.

Corky married Bertha Koopsma, his high school sweetheart, on January 15, 1947 in Canton, SD.  They bought a farm south of Canton near Newton Hills where they raised their three daughters.  Bertha died of cancer on December 11, 1973.  On July 25, 1975 Corky married Gertrude Bakker Everhart.  They continued to farm until moving to Canton in 1983.  Corky used his carpentry skills doing remodeling and repairs for the next 15 years.

In his spare time, Corky enjoyed working in his flower beds, stamp collecting, golfing, and volunteering as a member of the Canton Optimist Club.  He was a member of the VFW, DAV, and Historical Society.  He was instrumental in restoring the Canton Heritage House.  Corky was voted “Citizen of the Year” by the Canton Chamber of Commerce in 1990.