Visitation: Visitation will be Monday from 2-8pm, family present 6-8 pm, at Anderson Funeral Home in Canton. 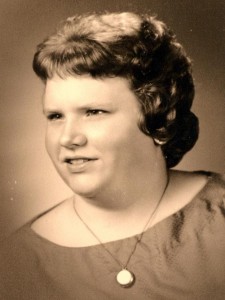 Connie was born September 19, 1945 in Cushing, MN.  She was the second oldest child of Elliott and Elsie (Gregerson) Kjeldergaard.   She graduated from Little Falls High School in 1963 and went on to attend Wadena Vo-Tech.

She married Wilbert Nelson on August 8, 1964 in Lincoln, MN.  The couple was involved in church planting in ND for 10 years.  The family moved to Canton, SD in 1992.  In addition to 18 years of service at the Canton Good Samaritan Society, she served as the pastor’s wife of First Baptist Church in Canton.   She enjoyed collecting salt and pepper shakers.