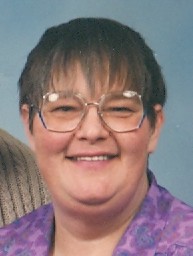 Charlotte O’ Brien passed away April 22, 2012 at Avera McKennan.  She was born January 16, 1946 to Emil and Irene (Hemstock) Klepel.  She was one of the first students to attend kindergarten the first year it was offered in Canton.  She went on to graduated from Canton High School.

Charlotte married Louis O’Brien August 29, 1964.  During Louis’s military career they were stationed at several Army bases in the U.S. and Germany.  When Louis was deployed to Vietnam, she returned to Canton with their son.

During her working years, she worked at Otis, Canton Good Samaritan, and did home health care.

Grateful for sharing her life are her husband, Louis; her son Louis Jr.; her grandchildren, Zoey, Iva Jane, Trinity, and Tanner; her sisters, Bonnie (LeRoy) Hemmer, and  Erma Jean Thompson; her brother, Emil Klepel; many nieces and nephews who loved her dearly; and special friends, Jamie and Shelly.

She was preceded in death by her parents, her sister Karen Farnsworth, and niece Brandi.