Visitation: Visitation, with family present, will be Tuesday from 5-7 p.m. at Anderson Funeral Home in Canton, SD.

Service: Funeral services will begin at 10:30 a.m., Wednesday, August 18 at Canton Lutheran Church.   Chuck's wish was for those in attendance to wear casual western wear 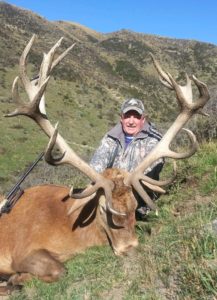 Charles” Chuck” Brigham Molstad, age 63, died Friday, August 13, 2021.  Funeral services will begin at 10:30 a.m., Wednesday, August 18 at Canton Lutheran Church.  Visitation, with family present, will be Tuesday from 5-7 p.m. at Anderson Funeral Home in Canton, SD.  Chuck wish was for those in attendance to wear casual western wear.  In lieu of flowers, Chuck wishes donations be made to the Canton Depot Foundation or the Canton Historical Society.  www.andersonandsonsfh.com

Charles “Chuck” Brigham Molstad was born to Maynard and Delores (Brigham) Molstad on September 15, 1957 in Garden Grove, CA.  He spent his early years in California before the family moved to Madison, MN when he started his grade school years.  While in Madison, Chuck enjoyed summers of baseball, winters of ice skating, and running “Chucks Popcorn Stand” in front his parents’ store.   Chuck began his Jr. high and high school years when the family moved to Canton, SD.  Upon graduation from Canton High School, Chuck enrolled at SDSU, completing a degree in Civil Engineering.  Being a “Jack Rabbit” was a passion throughout his life.  Chuck and Holly Kuhr were married on September 26, 1987 at Canton Lutheran Church.  Michael and Melissa were born to this union.

After graduating, Chuck was employed by J.L. Healy Construction as a project manager and as a pilot, managing projects in NE, KS, & SD.   When Healy Construction discontinued operation, Chuck was invited to work for Soukup Construction, becoming a partner/owner.  Chuck immensely enjoyed this grading/demolition business with a special attachment yet to this day.

Grateful for sharing his life are his wife, Holly; children, Mike Molstad (Holly Marie) and Melissa (Landon) Treftz; aunt, Joyce Molstad; many nephews and cousins; a very important family friend, Laurie Gates, along with many friends and extended family.    He was preceded in death by his parents, grandparents, and several aunts and uncles.