Visitation: Visitation will begin at noon on Saturday, prior to the service, at the church.

Service: His funeral service will be at 2:00 p.m. Saturday, Dec. 26, at Canton Lutheran Church. 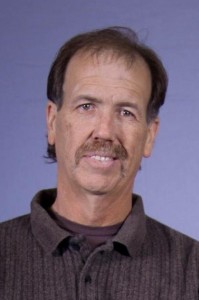 Brad J. Warwick, 53, passed away Monday, December 21, 2015, surrounded by his family at his home in Lennox. His funeral service will be at 2:00 p.m. Saturday, Dec. 26, at Canton Lutheran Church. Visitation will begin at noon on Saturday prior to the service at the church. Interment will be at Canton Lutheran Cemetery.
Bradley Jon Warwick was born in Sioux Falls, SD on May 24, 1962, the son of Edwin and Dorothy (Klein) Warwick. He graduated from Canton High School in 1980.
Brad married Lisa O’Connell on June 14, 1986.
He worked at John Morrell, Fastek, Sears, and his most fulfilling job at Johnson Feed, Inc. at Canton, SD. He loved over the road trucking. He had been a member of Ducks Unlimited. He also spent many summer weekends with his father and brothers fishing for walleyes.
He married Rebecca Busch on April 24, 1997. They lived in Canton and Sioux Falls before settling in Lennox, SD.
Throughout high school, he enjoyed working on area farms, especially for Kirk and Cheryl Rikansrud as well as Ron and Phyllis Swanson.
Survivors include his wife, Becky; his son, Keegan (Suzie) of Sioux Falls; step-daughters, Amy Roseland (Paul Kock) of Canton and Blair Brunsting of Lennox; step-son, Kevin Brunsting (Heather Simunek and her children Torie and Rora) of Sioux Falls; grandchildren, Lance Roseland (Abby) and Desi Roseland, both of Canton; his sister, Sandy (Marv) Rhode of Wentworth, SD; two brothers- Dennis (Carol) Warwick and Sid (Cindy) Warwick all of Sioux Falls; mother-in-law, Neva Busch, of Rock Valley, IA; sister-in-law, Sue (Mike) VanBochove, of Hawarden, IA; along with numerous other nieces, nephews, cousins, and friends. He is also survived by his beloved four legged friends Kolbe and Foxy, their shelties. He was preceded in death by his parents.