Visitation: Visitation will be Thursday from 2-8 p.m., family present 6-8 p.m., at Anderson Funeral Home in Canton. 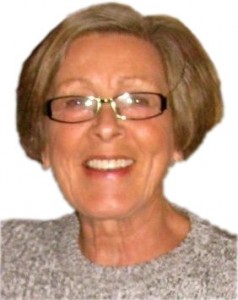 Bev was born November 2, 1935 to Harold and Phyllis (Limmer) Malthesen in Wentworth, SD. She attended school in Wentworth and Madison; graduating from Madison Central High School in 1953. While in school, she participated in many activities and was proud of her involvement in the marching band.  Her family farm in Wentworth also kept her and brothers Darrell and Bud busy.

After graduation, Bev attended General Beadle State Teachers College in Madison, SD where she obtained her two year teaching certificate. Upon graduation she taught in Lead, SD for one year, then enrolled at the University of South Dakota in Vermillion where she attained her Bachelor of Science degree in education. She married Jake Blackstone and moved to Aberdeen, SD, where she taught for a year.  Jake and Bev moved to Sioux Falls for a brief period before settling in Canton, SD in 1962, where they have since resided.

While in Canton, she was first and foremost a mother, wife and grandmother. She was involved in many groups and activities.  She was a member of the PEO and Palathene Clubs, Bridge Clubs and enjoyed playing Mah Jong with several groups. Bev also substitute taught and eventually became the GED instructor within the Canton Community Education program. Countless individuals obtained their GED under her guidance.

Bev is survived by her son, Tim (Kalli); daughter, Amy (Jim MacDougall); grandchildren, Josh (Melissa), Jake, and Luke; great grandchildren, Tallen, and  Jase; and several nieces, nephews and friends.  She was preceded in death by her parents; two brothers, Darrell and Bud; and husband, Jake.

Bev will truly be missed by the community of Canton; she never missed a school activity or sporting event.  She was always quick to volunteer to help with any function, individual, or activity and always did so with a smile and an encouraging word. It wasn’t uncommon for a student to receive a handwritten note in the mail after an achievement in athletics, school, choir, band, etc. She also voluntarily opened the gym at 7AM for the basketball team to practice their shooting skills and assist them in any way.  Often she would provide the team statistics, which she would patiently note for every game.

Her love of family, friends, Canton sports, Duke basketball, Dakota Days, Country Apple Orchard, and summertime at Lake Poinsett was obvious to all that knew her.