Visitation: Visitation, with family present, will be Thursday from 5-7 p.m. at St Dominic’s.  A prayer service and rosary will begin at 7 p.m. 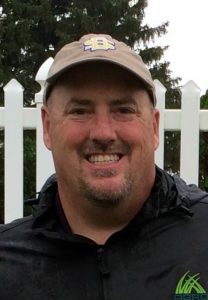 Andy Minihan, age 51, died suddenly, Saturday, March 13, 2021 in Canton, SD.  Mass of Christian Burial will begin at 10:30 a.m. Friday, March 19 at St. Dominic’s Catholic Church in Canton, SD.  Visitation, with family present, will be Thursday from 5-7 p.m. at St Dominic’s.  A prayer service and rosary will begin at 7 p.m.  In lieu of flowers, a fund has been established for his boys at Security Savings Bank P.O. Box 125 Canton, SD 57013.  A link to the livestream of his service can be found at www.andersonandsonsfh.com

Andy was born on October 23, 1969 in Canton, SD to William and Patricia (Dougherty) Minihan.  He grew up in Canton, graduating from Canton High School in 1988.  He then attended SDSU, USD and NSU.  He married Holly Spear on April 17, 1998.  To this union, Patrick, Garrett, and Marshall were born.  Through the years, Andy worked for the Sioux Falls Police Department, Beresford Police Department, ran his own security firm, and was currently the Union County Emergency Manager.

Andy’s sons were his pride and joy. He cherished time spent with them and loved going to their activities, raising 4-H livestock, and attending the state fair.  He was everyone’s favorite uncle and will be remembered for his smile, movie knowledge, and ability to talk with anyone.  He also enjoyed music, following the Jack Rabbits, and traveling to Elkader, IA to visit relatives.

40 messages have been left