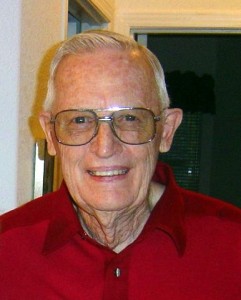 Alvin “Al” Kuper, 84, formerly of Canton, passed away on Sunday, August 27, 2017 at Dougherty Hospice House surrounded by family and love.

Al was born on January 4, 1933 to Martin and Ella (Mueller) Kuper on a farm near Lennox. They moved to Canton when he was 10 years old. He graduated from Canton High in 1950 and left for boot camp shortly after at the young age of 17. Upon his return, he took classes in automotive repair. He and his instructor and friend, Bob Van Ningen opened A & B tune up shop. In 1964 they sold that business and purchased the Rushmore Motel. Some of his favorite stories were about Basketball tournament time and the chaos at the motel. He was made a “Deputy Sheriff” (that’s what he called it) for those times. He said the “badge” got folks attention. 1968 Al made his move into the restaurant business, purchasing Smittys Pancake House. He was 35 years old and knew nothing about the business, but had a love of people and food. He later obtained the franchise rights for Perkins Family Restaurant in ND, SD, and NE. He spent much of the 70’s and early 80”s traveling and opening stores in these states.

In 1970 the Democratic Party had a blank spot on their ballot and talked him into running for County Commissioner. He was a great people person and businessman (they told him not to worry about it, Democrats never win in this city). He lost by 9 votes! Two years later he again was put ton the ballot to run for the State Senate, he lost by 38 votes. He said, “I’ve been a Republican ever since”. Al served as an Ambassador for the Sioux Falls Chamber of Commerce in the 1980’s. When he resigned they had a roast for him and made him a life time honorary Ambassador.

Al loved to travel. He and LaVern explored the US in a motorhome and made numerous trips to Europe. He was a supporter of Hope Haven and made a trip to Romania to assist in the delivery of wheelchairs. He also fulfilled a lifelong dream of going to the Holy Land. Al and LaVern wintered in AZ since 1984. He was happy that he was able to go down one last winter and is thrilled to not have to experience the SD winter this year.

Al had an unwavering faith in God. He believed in hard work, telling the truth and following dreams, not rules. Al liked to have fun and was always ready with a joke or a smart comment. His quick wit and off color sense of humor will be missed by all that had the joy of experiencing it.

He will be greeted in heaven by his wife, LaVern, his parents and 2 siblings, Harm and Cecil.