Visitation: Visitation, with family present, will be Tuesday from 5-7 p.m. at Anderson Funeral Home in Canton. The family requests that social distancing be followed with mask use encouraged. 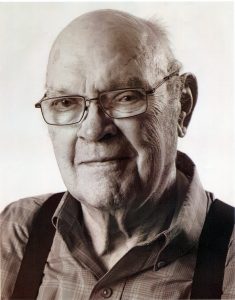 Allen Brandsma, age 89, died Sunday, July 26, 2020 at Good Samaritan Society Canton.  A private graveside service will take place at Forest Hill Cemetery on Wednesday.  Visitation, with family present, will be Tuesday from 5-7 p.m. at Anderson Funeral Home in Canton.  The family requests that social distancing be followed with mask use encouraged.

Allen was born on December 10, 1930 near Rock Valley, IA to Abe and Rena (Heimstra) Brandsma.  He lived in Rock Valley until moving to Canton, SD at age 6.  He graduated from Canton High School in 1948.  Allen loved being an uncle and enjoyed his nieces and nephews.  He served in the U.S. Army from 1952-54, working in communications while stationed in Munich, Germany.  He spoke fondly of his time in the Army and of Germany, maintaining life-long friendships with many of his fellow soldiers.  During his service, he was also able to travel Europe with his brother, Loren, who was also stationed overseas.   After his discharge he was active in the Canton VFW and American Legion.

On January 19, 1963 he married Margaret Maxam in Lake Preston, SD.  The couple lived and farmed on the family farm north of Canton until retiring and moving to Canton in 2002.  Allen loved to farm and was proud of the red brick barn on his farm.  The couple enjoyed spending time with family, attending their grandchildren’s events, traveling with Susan’s family, and traveling with Charlie and Pearl Hilt, especially to Hawaii.

Allen was proud of his Dutch heritage and loved to talk and tell jokes.  He always had a new joke for his grandkids and loved to people watch and visit at the mall while his wife and daughter shopped.  He also enjoyed playing cards, going to coffee, polka music, eating with family at the Pizza Ranch, and shooting pool.