Visitation: Visitation at St. Dominic's will be Thursday from 2-8 p.m., family present 6-8 p.m. A scripture service will begin at 7 p.m.

Service: Mass of Christian Burial will begin at 10:30 a.m. Friday, May 30 at St. Dominic’s Catholic Church in Canton. 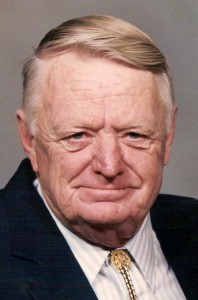 Kay was born June 18, 1931 in Fairview, SD to Clifton & Emma (Wiebesiek) Jones. He moved to Canton in his early youth. He graduated from Canton High School in 1950. After working at a local gas station, he began his 37 year career as a custodian for the Canton public school system. While working at the school, he also drove school bus. During this time he met his wife of 55 years, Monica Souvignier. They were married on April 14, 1959.

He retired in 1988 to spend more time fishing, hunting, and gardening with his family.He also enjoyed bowling, camping and looking for four leaf clovers.  Kay was a life-long St. Louis Cardinals fan.

He was preceded in death by his parents; brothers, Hugh & John Jones; and son-in-law, Daryl Roskam.